Last week Wednesday just when I parked my cycle at school, I locked it and grabbed my bag, I felt my kneecap moving to the side and then moving back to its position, right after that I fell on the ground. I couldn't move my leg, it was too painful, so I just sat there crying. I was lucky there was a friend with me. She helped me call my mother on my phone, but of course my phone didn't really work, (I'm not really good at keeping my phone safe, I drop them quite often..), so I'm glad I could call my mother on my friends phone. My mother said she'll be there in a minute, (how glad I am that she was not at work that day). Soon two other friends came to see what happened and took someone from school with them. They were coming with a wheelchair, which is when I already started stressing about how I'm going to sit on it, because I still couldn't move my leg. Actually that wasn't really a problem, because they lifted me on the wheelchair, and that's when my mothers car was in front of me. They helped me to get into the car, my grandmother and little brother were also in the car. I realised that everyone was looking at me, but I didn't really care about that at the time, because I was in too much pain and crying. My mother took me to Emergency of the nearest hospital.

Okay, now they helped me quite fast, because they took some x-ray photo's and checked where the pain came from and nothing was broken, but I knew that I felt my knee dislocate, but they were just as shocked as to how it dislocated by itself as me, they weren't even sure. So that was a bit weird, they didn't even have a clue. So they decided to wrap my knee in a pressure bandage, because I was in so much pain, I also got some crutches,

One day after a long boring day in my room, my foot began to swell a lot. And of course it did hurt a lot. My mother called the hospital and the doctor said to come that same day, good thing my mother called because at the Emergency that day they had given me an appointment for a check up in about one or two weeks after... I couldn't wait that long, what if it got worse?

So my parents took me to the hospital, don't even ask how I got there, as getting into the car was a nightmare, then coming out of the car was the same and then later the hospital wheelchair to get to the Orthopedic ward.
This time a real Orthopedic doctor checked and looked at my knee. The first thing he noticed of course, is that my knee was really swollen. He asked me to tell him what happened and as I told him, how I felt my knee dislocate from itself, he didn't looked surprised at all (like the Emergency room doctor did), he immediately believed me and already had an idea of what happened. So he pressed on a spot on my knee and said: "This is the painful spot, right?" and that was exactly the spot where my knee hurt the most! So my knee dislocated on its own without any trauma and it doesn't normally happen like that, but in some cases it does, just like mine. Mostly it happens while playing hockey or some sport. Well I have been doing some cardio exercises at home lately and I have weak wrist/ankles, but that shouldn't be the main reason my knee dislocated, sometimes it just happens.
Here comes the shocking part, he said I'll have to wear a plaster on my whole left leg for six weeks! And my the May school holiday had just started and I had a lot of shopping plans, you know. So of course I was mad and sad at the same time, I never ever had to wear a plaster for anything. In the plaster room I got to choose a color and I chose purple.

It was really heavy, and I got tired of keeping it straight the whole time, and also I had to put my leg on a lot of pillows to keep my leg high to stop the swelling, which is really uncomfortable. A few days later, (last monday), I went to the hospital again, because the plaster  was really loose, the swelling took off. So they replaced it, with a thinner one, this time I chose the color blue :)


Even though I will have to walk in crutches or a wheelchair for some time, I finally got the time to rest, watch netflix, read books or sleep. I even started the serial: Lost, and I love it!
The main thing I don't like is that I can't shop for a long time.. 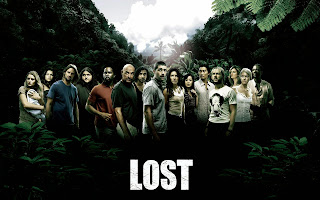 Just writing this, because I'm bored.
Have you been in the same situation as me? How is your vacation going?

Popular posts from this blog

Why I love shopping in The Hague City Center!

By Fatima Fabulous October 02, 2017
Hey Everyone, The Hague is a special city for me, not only cause it's my home town, but because of the amazing shopping opportunity. The main The Hague center is just the best place to wander of in the beautiful shopping streets of the Hague. From big shops as Zara, H&M and Marks & Spencers to cute little coffee and tea shops! There is this good, at home feeling vibe there, where I'm sure of, that even if you're not from here, you'll feel at home there, not just because of the amazing choices of shopping and food places, but also the friendly shop workers, who are always willing to help you and make you feel comfortable. What I always say is that the The Hague City Center is my second home, because I feel so comfortable and happy when I'm there! My great memories of the center: Since I was like 6 or something my grandma and I visited the center and bougth a lot of amazing stuff, but our tradition was to always buy some Bram Ladash Fries! We still do
Post a Comment
Read more

By Fatima Fabulous August 01, 2017
Hey Everyone,  I just got back from India, and I must say this was the best India trip I ever went to! It's not only the shopping I love about India, (what most of my family & friends think..), it's much more than that! One of the best places I went is definitely the Chowmahalla palace! It's indescribably peaceful there, the only thing you hear is the wind blowing, birds and the water fountain, and of course some visitors:). That's probably one of my most favorite things about this place, for example outside the walls of the palace you hear cars, a lot of people and stuff, like it's so busy on the streets, but as soon as you enter the palace territory it's just you, the palace and the sounds of nature! And Oh my god, the details of the palace, like everything is so beautifully designed. Just beautiful!! Another great thing about this place is, that it has so much information about the history of the king, the palace and just Indian culture all togethe
1 comment
Read more